I too struggle with getting motivated. This is an excellent article and will hopefully help.

Sometimes it’s way too easy to feel we’re too far behind, so overwhelmed, or so down, that it seems impossible to get ahead, find balance or climb up from the down. Enough with beating ourselves up!

Reality check...it’s not just us. Everyone has times like these in life. It’s a part of life that appears and exists to correct us, motivate and inspire us, and teach us how to appreciate and engage life to do more than drift along or except defeat.

Try to receive each new day with anticipation and a promise to try something new. Something that moves you closer towards fun, something instructional or creative, or something which nourishes good relationships and good emotions. Something that connects and moves you to engage life!

With the new day comes new strength and new thoughts.

One, simple intention is all it takes to get the…

Flashes of Light by Pamela Wight sounds like a great read and we have republished the article here. My good friend and author Pamela Wight has released a wonderful collection of true short stories that I know you all will enjoy.I’ve been leisurely devouring each story outdoors on our patio. The wonderful thing about it, … END_OF_DOCUMENT_TOKEN_TO_BE_REPLACED

We love The New Forest and live close to here. If you have never been, it’s a wonderful part of England and an area of natural beauty as you can see from these terrific photos.

A loosely latched utility room window constantly thudded throughout last night against the whistling rhythm of thunderous gales sweeping through the Isle of Wight at speeds of up to 100 m.p.h.

The Weeping Birch bent its back and tossed it tresses.

As I write we do not expect a cessation until 9 p. m.

A pony couple contributing equine child labour introduced a very young colt to the family business of maintaining the clipping of the verges at the Brockenhurst end of Rhinefield Road. While Dad kept a discreet distance the infant was more interested in clinging close to his unresponsive mother in the hope of latching on for food.

I wandered into the woodland alongside, picking out a split, yet still flourishing tree; watching jackdaws, tidier than Tootlepedal‘s, foraging in the grass; and, when noticing birches swaying scarily with the wind – perhaps to join others littering the…

This sounds like a great hike with good company and some great photos to remember it by.

After a drive home in glorious sunshine from my Snowdonia adventures, the British weather does what it always does and the next 24 hours were highlighted by ceaseless rain. A chance for a day off to prepare for my birthday outing. Mark has a tradition of climbing hills on his birthday, a tradition I’m keen to follow. This year with all the COVID stuff we’ve made extra effort to try and meet up on birthdays as an excuse to keep the bonds of friendship strong

We’d agreed to meet a few friends up north and after some debate and booking into a hotel to break up the journey we settled on the Forest of Bowland. I should point out that we weren’t able to break up ALL the journey. We were still not allowed to stay in a hotel for anything other than “essential” reasons in England but we could…

The wind does pass
Across my window glass.
While I, inside
Think on human pride.
Hearing it’s gusts
I regret my lusts,
And all my pride.

Here’s a great story that will literally take you back in time.

On our literary tour this week we’re going on a little time-travelling detour. Let me take you back to my school-days when I deftly managed to avoid a week’s work experience by wangling my way onto a historical workshop run by a local theatre group.

There were about 10 of us from our all girls grammar school, and we were about to be transported to the time of the English Civil War, accompanied by a handful of enthusiastic actors, who were keen to recreate the correct conditions for our plight under the iron fist of the Royalists who held the walled City of York.

The historical details were somewhat lost on me, but the story was that our fathers, fearful for our safety, were sending us out of the city to an unspecified rural location, were we would conceal our identities as…

He was a farmer, a fisherman, an ice harvester, and a gin runner… but by the time I met Chester, my great-grandfather, he was an old man who liked to make jokes, lived in the house he built, and loved his kids. And in his 80’s, he still grew a field of strawberries.

I was lucky in the fact that I remember six of my great-grandparents. Chester is probably the most colorful of them all. All eight were farmers; all of them moved away from their parents and bought their own farm. I didn’t know his wife, my great-grandma Helen, because she was 5 when she died of cancer. We were living in Kansas at the time, and I don’t remember going to her funeral, so if my mom went, I wouldn’t know.

That branch of the family is the most settled out of all the clans. The Crosses moved…

If you are writing a novel, one of the key parts of your research must be to visit the locations in the story.

Come on a journey with me…

The setting is very important to a novel: the sense of place, time and social environment contextualizes the story so that the reader can visualize and experience it.

I thought it might be fun over the coming weeks for us to go and visit some of the places where my novels have been set. Each time I’ll give you a little of the background as why these locations were important to my story and important to me, and you can read how they fit into the narrative of the book.

We’ll begin in Rufford, a little village in West Lancashire, England, where my debut novel, The Silver Locket, is mainly set.

My route to work each day took me through this pretty little place with its traditional houses, surrounded by flat, fertile farmland. In…

Are they cookies or biscuits? Depends on where you live in the world, but here is an interesting history of them. 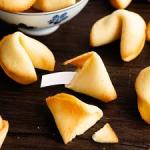 “happiness isn’t a fortune in a cookie. it’s deeper, wider, funnier, and more transporting than that.”

Hard cookie-like wafers have existed for as long as baking has been documented. Not surprisingly, they traveled well, too, though were usually not sweet enough to be considered cookies by modern-day standards.

The origin of the cookie appears to begin in Persia in the 7th century, soon after the use of sugar became common in the region. They then spread to Europe through the Muslim conquest of Spain. Cookies were common at all levels of society throughout Europe by the 14th century, from the royal cuisine to the street vendors.

Everyone who visits the UK wants to go to the legendary Stonehenge, but just 17 miles north is an equally impressive site, Avebury.
Avebury is the largest stone circle in Britain and also has burial mounds and more to see and experience.

The world-famous Neolithic monument of Stonehenge is on everyone’s bucket-list, or seems to be – going by the droves who visit it every year – but many miss out on its sister UNESCO World Heritage Site at Avebury, only 17 miles away. What are they missing out on, and is it even better? Does it out-henge Stonehenge?

Stonehenge has long been a must-see for any visiting England and venturing beyond the capital – and rightly so. The iconic stone circle, standing proud on Salisbury Plain, is one of the seven ‘modern’ wonders of the world (as opposed to the classical ones, of which only the Great Pyramid of Giza

If you enjoy a good joke (or a bad joke), The Laughline should have you in stitches. Their latest jokes are below.

Find Me On Social Media

Places Where I Write